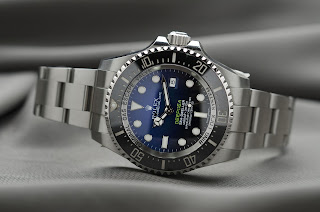 Among the many things that define Rolex are timeless beauty, relentless precision and an appreciation of greatness. As the global pandemic has halted the world, freezing the Rolex Rankings since March, the Swiss-based watchmaker also stands as a reminder that time teaches us patience. There is always what’s next.

Now in its 15th season, the Rolex Rankings is more than a glimpse into the essence of the LPGA. Through calculations of ever-increasing accuracy, the ranking also serves as an MRI of the constantly evolving greatness of women's golf. Behind the numbers are the names that define a youthful pool of talent from every corner of the globe.

Since 1967, when it first formed a partnership with Arnold Palmer, Rolex has been linked with greatness in golf. And since 1980, when it became a partner with the LPGA, Rolex has contributed in countless ways as the LPGA has matured into the game’s global tour.

But if marking time is what Rolex is all about, the Rolex Rankings has, since first introduced in 2006, provided a measure of the growth of the women’s game. Over those 15 seasons, the LPGA has become more global, providing a deeper talent pool, and a broader stage upon which a startling number of youthful players have emerged as the best in the world.

With the Rolex Rankings unchanging until the competitive game returns globally, this is a good time to take a deep dive into the numbers.

Among the top-50 in the current Rolex Rankings, 13 countries are represented. While South Korea leads the way with 20 players, followed by the United States with 11, Japan and England both have three, while Australia, Spain, Thailand and China have two each with Canada, Germany, Mexico, France and New Zealand all providing one.

That is truly a global reach.

That “Tour Without Borders” is also expressed in the LPGA major championships. Since the Evian Championship joined the ANA Inspiration, KPMG Women’s PGA, AIG Women’s British Open and U.S. Women’s Open as the five women’s majors in 2013, the 35 contests have been won by players representing 10 countries.

Again, South Korea leads the way with 16 victories – a half-dozen by Inbee Park – while the United States has eight. New Zealand, Sweden and Thailand have two each while Norway, Canada, England, Australia and Japan have one.

The highest-ranked Rolex player who is not a member of the LPGA Tour is No. 12 Hinako Shibuno of Japan, the 21-year-old talent who strutted onto the world stage at Woburn last year when she took the title at the AIG Women’s British Open.

And Shibuno provides the perfect springboard into another story told by the Rolex Rankings – age.  Shibuno was only 20 when she charmed hearts in England with her joyful manner and stunned the best in the world with her bold play, winning when she rammed home an I’m-not-leaving-this-short birdie putt on the last hole.

The average age of the top 10 in the Rolex Rankings is 24.1 years old. That is a remarkable statistic.

Historians squabble over which Irish writer – George Bernard Shaw or Oscar Wilde – penned the words “Youth is wasted on the young.” But both wrote well before this golden age of women’s golf and were not witness to how well these young women are making use of their enormous talent.

“We’ve been partners since 1980 working together to raise the stature of women’s golf and help build a bigger global awareness for the game,” Arnaud Boetsch, Director of Communication and Image for Rolex, said in 2014 when the company’s relationship with the LPGA was extended through 2023.

“The LPGA couldn’t be more thrilled to have Rolex as a partner for the next 10 years,” LPGA Commissioner Michael Whan at the time. “Their passion for golf and the LPGA over the last 34 years has been exemplary and played a major role in the LPGA’s growth and success both domestically and internationally.”

The pandemic has slowed time – but it can’t stop it. When the LPGA, the LET and all the other tours of the world get back into the swing of things, there will be golf again – global, youthful, passionate golf. And Rolex will be there to measure its greatness.

Digitalize Your Business and Save Money by Implementing CRM Software

Haziran 06, 2020
Easily share resources and information with other team members, manage relationships with partners, vendors, and organizations, and create a community of loyal customers with just one software. A CRM software can prevent this by : Managing individual deals on the pipeline entourage reminders and alerts for deadlines Categorizing leads and opportunities based on value, length in the pipeline, and other relevant rubrics Tracking service ticket history Producing reports on production and using those to accurately forecast sales Storing virtual receipts from vendors, shoppers, and organizations, as well as track other forms of interaction Tracking inventory and production schedules Insurance Juggling different accounts is a bane for most insurance reps. With a CRM software, insurance companies can be smarter in managing customer information, converting these into insightful decisions and helpful solutions. Whether you ’re working solo or have a small team, a CRM can help you improve the wa
Yorum Gönder
Devamı

The Work From Home Internet Business Is booming On The Net

Haziran 06, 2020
The work from home revolution on the web is fully swing. There has never been a far better time or opportunity to form money online performing at range in front of your computer.  The  amount of cash making opportunities is endless. With today’s technology it's quite possible to run your entire business online from anywhere within the world using your laptop pc . You not got to leave your house to form a living for your family. It may be done from the comfort of your house . No commute required. No time period with reduced fuel consumption and maintenance on your vehicles. best of all you're your own boss. The amount of individuals using the web worldwide continues to extend almost monthly. This bodes well for internet business entrepreneurs and anyone wishing to require advantage of the web work from home business industry. Global Internet Statistics shows over 800 million people worldwide are now using the web . Just do an enquiry for internet business opportunities on Google
Yorum Gönder
Devamı